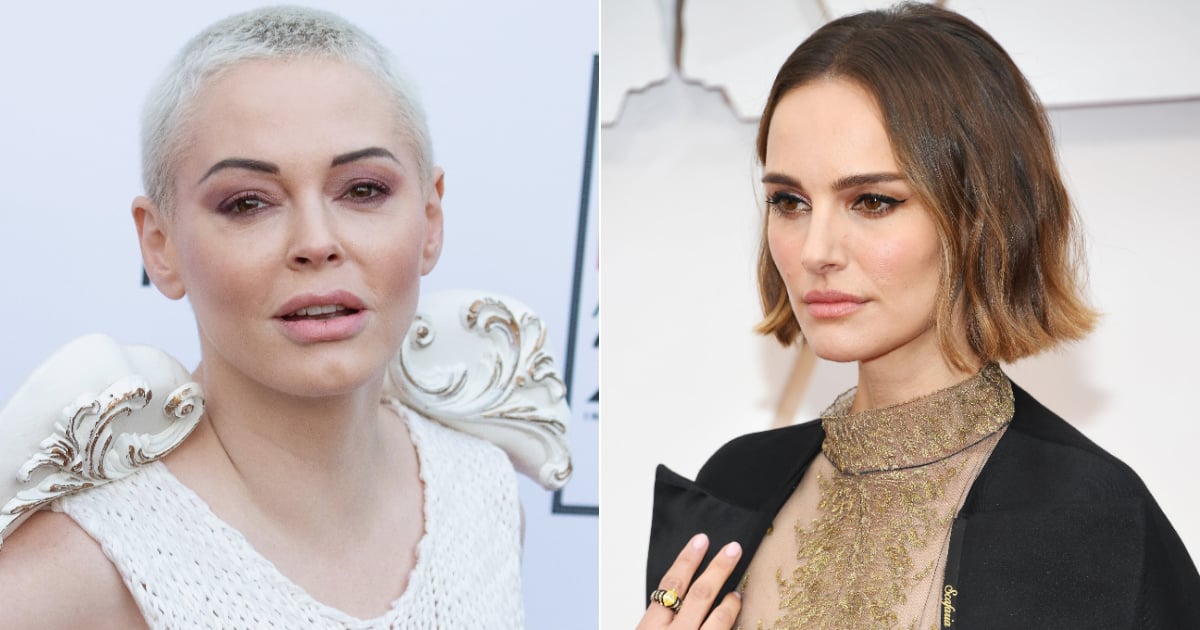 Links”>Natalie Portman used her Oscars cape dress as an opportunity to recognize female directors who were excluded from nominations at the 2020 Academy Awards. While many praised Portman for what seemed like a feminist act on the red carpet, others — like Rose McGowan — found the Black Swan actor’s “type of activism deeply offensive”.

Rose McGowan is an outspoken activist of the #MeToo movement. She was one of the first accusers of disgraced Hollywood producer Harvey Weinstein, which encouraged other women to vocalize their own stories of sexual assault. In response to Natalie Portman’s red carpet activism, Rose thought it to be a performative act rather than actively political. Rose took to Facebook to express her disappointment, “Natalie, you have worked with two female directors in your very long career — one of them was you. You have a production company that has hired exactly one female director — you.”

Some thoughts on Natalie Portman and her Oscar ‘protest.’ The kind of protest that gets rave reviews from the mainstream…

Natalie graciously commented in an interview with the Los Angeles Times. “I agree with Ms. McGowan that it is inaccurate to call me ‘brave’ for wearing a garment with women’s names on it. Brave is a term I more strongly associate with actions like those of the women who have been testifying against Harvey Weinstein the last few weeks, under incredible pressure.” Natalie added that, “I hope that what was intended as a simple nod to them does not distract from their great achievements”.