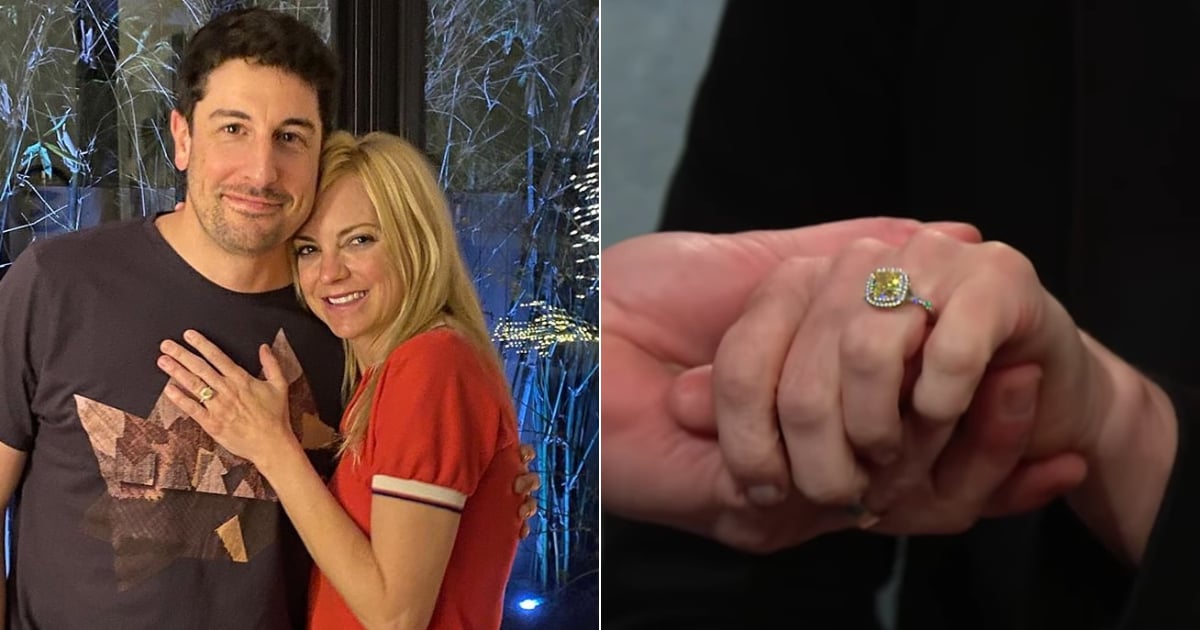 Links”>Anna Faris interviewed one of her “best friends,” actor Jason Biggs, on her podcast Unqualified to chat about family and his thoughts on Los Angeles. But, after the interview, Anna gave fans a major treat by posting a photo of herself and Jason — while giving us a glimpse of her massive engagement ring.

Anna and cinematographer Michael Barrett — who has worked on films Kiss Kiss Bang Bang and Ted — have been engaged for a while, but the news wasn’t confirmed until Anna’s Mom costar Allison Janney spilled the beans to Us Weekly in January 2020. Since then, we’ve all been itching for a peek of Anna’s stunning engagement ring, and finally, she’s given us a closer look.

A bit of a zoom into Anna’s Instagram photo and the ring appears to be a cushion-cut yellow gemstone (perhaps a yellow diamond or yellow sapphire), surrounded by smaller diamonds (on the halo and the accent stones), set upon a split shank ring band — gorgeous! Thanks to James Corden, Anna finally gave us a look at her ring up-close during an appearance at the Late Late Show on Tuesday night. James got straight into the engagement chat, holding her ring up to the camera so that we could get a really good look at the beautiful piece.

Keep reading ahead to take a closer look for yourself.